Our stomachs are one of the most delicate organs in the body, and by nature of our need for constant revitalization (feeding), we subject the stomach to various processes. Some of these processes may cause an imbalance.

While preclinical data suggest cannabinoid efficacy for inflammatory bowel disease treatment, IBS is the focus of this article.

Irritable Bowel Syndrome (IBS) is a result of an imbalance in the stomachs biochemistry. Though the causes are not necessarily related to what we eat, health workers have advised people to be careful of what goes into the stomach and to treat food as fuel.

IBS isn't the only stomach disorder out there; rectal prolapse, cholecystitis, etc. are all forms of gastrointestinal disorders.

We'll cover everything you need to know about irritable bowel syndrome, its causes, and treatment options. Keep reading on to learn more.

Medical experts classify IBS as a functional digestive disorder. Simply put, the digestive tract appears normal, but there are issues in how it functions.

IBD, on the other hand, is an autoimmune condition defined by chronic intestinal inflammation. The digestive tract shows physical changes due to the ongoing inflammation.

The most common irritable bowel disorders are Crohn's and Ulcerative Colitis.

This article focuses primarily on the prior, but treatments for IBD are in some ways similar, especially considering how active cannabinoids appear to be for gastrointestinal disorders.

Irritable bowel syndrome is a stomach disorder that affects the large intestine. It is common among a relatively large percentage of America's population, and affecting between 10 and 15% of the world's population

In most cases of IBS, the intensity of symptoms is usually mild to moderate; only a relatively small number of people have a severe form of IBS. It is frequently a lifelong problem that may have a significant impact on one's life. There is no known cure IBS.

Though they vary from person to person, IBS has telltale signs and symptoms like:

Signs and symptoms of IBS may be sporadic in intensity and frequency. It may improve on its own or even disappear entirely.

Though the exact causes of IBS are not precise or adequately defined, scientists link it with the prolonged passage of food through the gut, a family history of IBS, or overly sensitive nerves in the abdomen.

While IBS may have no precise cause, certain factors may play significant roles in its appearance. Some of those factors may be;

Since IBS has no known cure, doctors tailor IBS treatment to the patient's symptoms.

For those who have a mild case of IBS, reorienting lifestyle, changing diet, and managing stress can be used to control it. Other simple treatments of IBS include:

When dietary recommendations aren't practical however, doctors often turn to medications such as antimotility medicines, antispasmodics, laxatives, or low-dose antidepressants to fight pain and cramping.

For patients suffering from IBS, doctors may recommend certain medications for its treatment, including:

Some alternative treatments for IBS include;

Cannabis, specifically THC-heavy varieties, have been used to treat gastrointestinal (GI) conditions that range from enteric infections and inflammatory diseases to disorders of motility, emesis, and abdominal pain.

But that's not all.

Even though research has remained limited for cannabinoids, it appears that multiple cannabinoids found in hemp may help with treating gastrointestinal disorders.

CBD is perhaps the newest, most talked-about treatment for many disorders. It is an extract derived from hemp that has anti-inflammatory properties, and an ability to reduce pain.

In comparison with medications used for treating these medical conditions, CBD has a better side effect profile. Due to the many ways, CBD mitigates symptoms related to the GI tract, CBD has shown itself to be a potential candidate for the development of a new class of anti-IBD drugs.

Various studies targeting the effectiveness of CBD on treating IBS have resulted in positive feedback from participants, especially when using products with an even ratio of THC to CBD.

CBD unravels a new therapeutic strategy to treat inflammatory bowel diseases according to research published in 2011. It is said to be the safest therapeutic option as it keeps inflammation low and doesn't have any psychoactive side effects.

Another 2011 study found CBD to be effective against lipopolysaccharides (LPS), a bacteria commonly found in people with IBS, resulting in persistent diarrhea. CBD helped patients manage their bowel movements in this case.

How CBD Can Treat IBS

You're probably asking yourself questions like How can I treat my IBS with CBD?

Let’s get into that now.

For starters, CBD is no cure-all; it has its limitations. However, CBD is among the most potent supplements for our bodies. Its ability to treat a diverse array of ailments is likely responsible for its growing popularity.

To fully grasp whether or not CBD oil can help treat irritable bowel syndrome, we must first understand how cannabinoids, like CBD, exist as a ubiquitous signaling system within the human body.

CBD oils have been shown to help prevent painful intestinal inflammation. The body's first response to this inflammation is to destroy harmful pathogens. While this process may appear beneficial, it may also cause the immune cells to attack blindly, acting in a counterproductive manner.

A 2007 study showed how cannabinoid receptors (CB1 and CB2) regulate intestinal inflammation. CBD oil has shown promise to indirectly affect the activation of both CB1 and CB2 receptors, leading to a reduction in inflammation associated with IBS and other gastrointestinal disorders.

CBD oil interacts with the cannabinoid receptors in the gastrointestinal tract; this interaction relaxes the tissues around the area, reducing the frequency of spasmodic events common to IBS patients.

CBD and Nausea/Loss of Appetite

Two of the many symptoms of IBS are feelings of nausea and hunger-loss. Even worse than losing appetite is the condition, it leaves you when your desire to eat returns. One may begin to eat ravenously, gorging on anything in sight, which triggers intestinal inflammation again.

It becomes a cycle of IBS torture. CBD oil may help break this cycle, reducing inflammation and nausea to the barest minimum while supporting a healthy appetite.

How to Take CBD Oil for IBS

There are many ways to ingest CBD, from edibles and sublingual tinctures taken orally, to skin creams and lotions. You can inhale CBD through your lungs using a vape, and even take CBD as a suppository, which may be one of the best ways for targeting gastrointestinal issues.

To better understand which method(s) will work best for you, I recommend learning more about CBD's Bioavailability.

There is no right or wrong way to take CBD, but the consensus is to start small and work your way up when it comes to dosages. 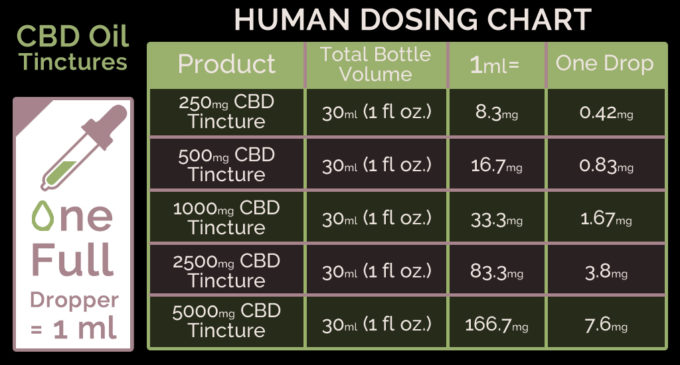 Before you take CBD for any reason, please consult with your physician as they will provide a much better plan of action for your specific situation.

What's the CBD Dosage for IBS?

IBS is a gastrointestinal stomach disorder that is characterized by various symptoms. Its causes are not defined, and it usually lasts a lifetime in many cases due to its seeming lack of curative treatments. Doctors tailor their treatment is towards managing patient's symptoms and improving their quality of life.

When is CBD recommended? CBD is a cannabis extract that does well to mitigate the effects of IBS; it contains substances that actively work against IBS symptoms.

The most essential point to note about CBD on IBS is its quality to cater for many of the symptoms all at once; most medications only deal with a few signs at a time while perpetuating a list of undesirable side effects.

Iffland, K. and Grotenhermen, F. (2017). An Update on Safety and Side Effects of Cannabidiol: A Review of Clinical Data and Relevant Animal Studies. Cannabis and Cannabinoid Research, 2(1), pp.139-154.