How CBD Oil helps Anorexia Nervosa and other Eating Disorders

Anorexia is a disease you might have heard a lot about but is much more complicated than what it is made out to be in fashion magazines.

Anorexia is an eating disorder where the main characteristics are low weight and a fear of gaining weight. CBD helps combat the psychological factors associated with the disease, enabling a decrease in anxiety while stimulating a regulated appetite.

Sadly, over 20 million women and 10 million men will develop an eating disorder at some point in their lifetimes, according to the National Eating Disorders Association (NEDA). Anorexia is one of the most common diseases people face.

Among college students, the figures are even more deeply shocking: The National Institute of Mental Health estimates that 25% of students are suffering from eating disorders. If not treated, the consequences can be terrible. Anorexia has the highest mortality rate (12.8%) of all psychiatric disorders.

In this article, we'll cover everything you need to know regarding CBD's effect on anorexia causes and symptoms, so please keep reading to learn more...

The obvious solution for anorexia is to eat more, but eating more does not target the underlying problems that exist in the brain, which result in a distorted body image.

There are many medications and treatments for anorexia nervosa, but is cannabis an option for treatment?

Can You Use CBD Oil to Treat Anorexia?

The main reason you might want to use cannabis to treat anorexia is out of a desire to increase your appetite. One characteristic of CBD is its ability to affect appetite, but can CBD be used to manage the root causes of anorexia?

Cannabis is widely studied to treat anorexia (or cachexia) associated with cancer and HIV / AIDS. THC, found in marijuana, is known to increase appetite by giving the user "the munchies." The psychoactive nature of cannabis is what causes the munchies.

CBD does not have any psychoactive properties, like THC. So you won't be getting the munchies from it. Though little research has been done to prove whether or not CBD would be an effective treatment for eating disorders, it has been shown to help treat many of the underlying causes associated with them. 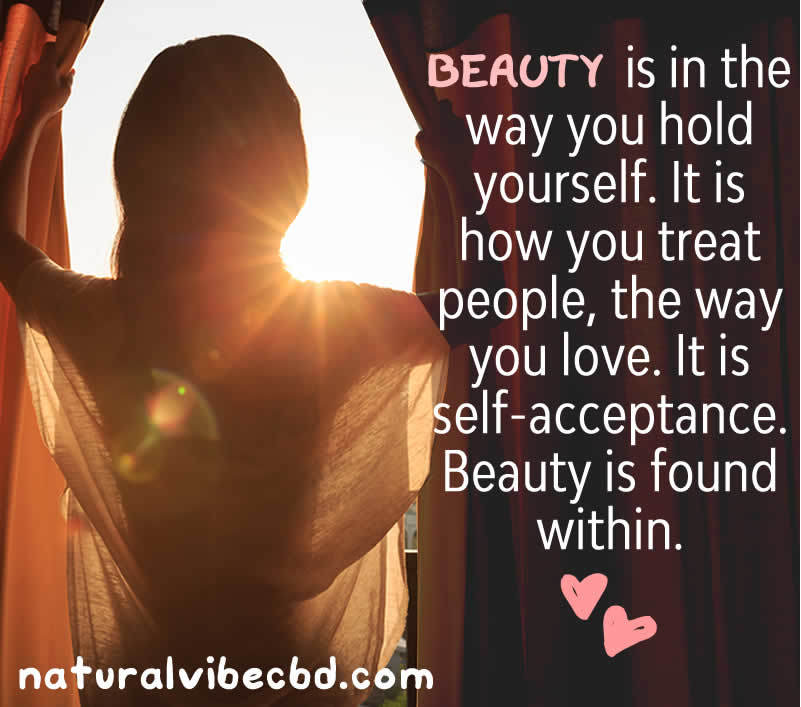 A 2011 Belgian study suggests that since the dysfunctional regulation and imbalances in the endocannabinoid system are dominant in all eating disorders, the development of cannabinoid-derived therapies (endocannabinoid-based therapies) may have a therapeutic value.

This means therapies that target the endocannabinoid system show promise for treating imbalances, which cause eating disorders to develop.

In 2014, European neuroscientists conducted a major animal study, offering another possible explanation for how CBD is a beneficial treatment for anorexia. People with anorexia lose the ability to find pleasure in activities, especially in food.

Additionally, the study found a way in which THC activates the CB1 receptor in the endocannabinoid system (one of the two identified receptors), that increases the pleasure of eating while enhancing our sensitivity to smells and flavors.

Another human study conducted by the Department of Eating Disorders at Odense University Hospital in Denmark provided encouraging information (although the study included only 24 respondents, it was minimal). In this study, patients received placebo or dronabinol (synthetic THC).

On average, patients who took dronabinol by 1.6 kg gained more than the placebo. What's more, for a year since the onset of treatment, researchers continued to monitor patients and found that some patients continued to improve their symptoms and diet without any sign of addiction or withdrawal.

Anorexia is much more than you might initially think. So if you have an image of a 19-year-old girl who does not like eating a lot, as the poster child for this condition, then consider the following.

While anorexia is a disorder used to describe an extremely skinny person, it is actually a severe psychiatric disorder that affects not only one's physical body but their mental and psychological wellbeing as well. Sufferers from this condition often find themselves comparing their body image to celebrities in magazines or Instagram.

NOTE: If this disorder is not properly dealt with, it may result in death.

It is because anorexics are willing to limit their daily food intake, avoiding certain foods, or eating very little, that they are susceptible to a morbidly skinny physique in addition to other symptoms.

Many patients tend to overtrain when they exercise, use a laxative, or induce vomiting. Conventional therapeutic aids for this condition include psychiatric and nutritional therapies; some patients also use antidepressants.

In most cases, anorexic individuals are depressed and/or mentally disturbed. Fortunately, CBD has shown an ability to help anorexics by providing relief for many of these symptoms.

The exact cause of anorexia is unknown. As with many diseases, it is probably a combination of biological, psychological, and environmental factors.

Biological Factors: Although the specific genes involved are still unknown, it is surmised that genes may play a role in people developing anorexia. Some people may have a genetic predisposition to perfectionism, sensitivity, and persistence, which are all primary characteristics associated with anorexic behavior.

Psychological Factors: Some people with anorexia may have obsessive-compulsive personality traits (OCD), which make it difficult for them to adhere to a strict diet. This may cause them to give up food, even if they are hungry. A standard indicator for the condition is found in those who have an extreme tendency for perfection, leading them to think they are never thin enough. A high degree of anxiety may lead to a restrictive nutrition-deficient diet. 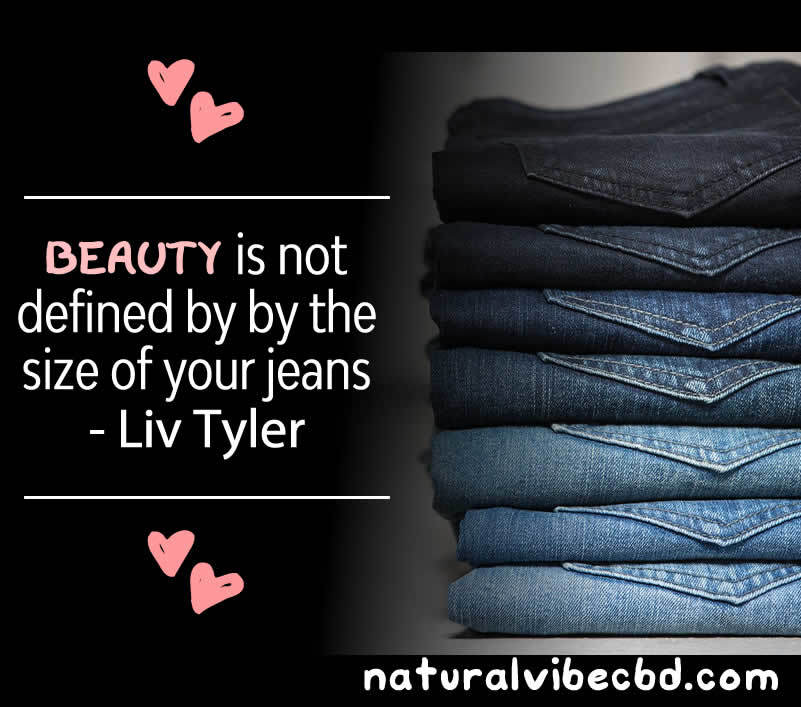 Unfortunately, many people with anorexia may not want or think they need treatment, initially.

If you are personally facing this problem, ask for help. If you hide your anorexia from your loved ones, try to find someone you can trust to talk about what's going on in your life.

A desire to remain slim can overpower concerns for one's health. If you have a loved one suffering from this disease, encourage them to talk with their doctor.

No standard medication is approved currently for treating anorexia because none have shown efficacy. However, antidepressants or other psychiatric remedies may help to address the underlying mental health issues, such as depression or anxiety, which may exacerbate this condition.

Due to a large number of complications caused by anorexia, frequently, it is necessary to monitor one's vital signs, hydration levels, and electrolytes as well as other associated physical conditions. In some severe cases, patients have to be force-fed through a nasogastric tube.

Determining the right course of treatment for anorexia should be left to a physician.

Lifestyle and home remedies: Anorexics may find difficulties caring for themselves. In addition to any professional therapies.

Stick to your treatment plan: Do not skip therapy sessions and do not try to deviate from meal plans, even if it is uncomfortable to do so.

Talk to your doctor about which supplements are appropriate. If you do not eat well, your body may not get all the nutrients it needs, such as vitamin D or iron. Supplements may help, but it is recommended to get most of your nutritional needs from foods.

Note: It is ideal to extract most vitamins and minerals from food.

Do not isolate yourself from family members who take care of you and friends who want to help improve your health. Allow your loved ones to care for you.

Resist the urge to judge yourself in the mirror: This will only fuel unhealthy thoughts and eating habits.

Anorexia may be associated with a body's lack of endocannabinoid production. Using CBD ensures a healthy ECS. That being said, consuming products with CBD or adding CBD oil to meals may stimulate the endocannabinoid system into producing cannabinoids on its own, thereby correcting the imbalances which lead to eating disorders and other conditions.

What are the Symptoms of Anorexia?

Anorexia symptoms are hard to pinpoint at first. Once symptoms progress and physical changes become more apparent, it is a bit easier to diagnose this condition, but its slow creeping nature makes it, among other eating disorders, extremely dangerous.

Because it can go long periods without being noticed, it can lead to long-term damage. However, if you are aware of the symptoms, you may be able to spot early signs more easily and find help for you or your loved one sooner. Here are the most common symptoms that develop from anorexia.

Physical signs and symptoms of anorexia are associated with starvation. Anorexia elicits emotional and behavioral problems involving an unrealistic body image and a powerful fear of gaining weight or weight loss.

It may be difficult to notice symptoms related to this condition because it is easy to hide. Even though someone may be skinny, they may not look that thin to someone else.

Besides, people with anorexia often hide their tiredness, eating habits, or physical problems.

Since this severe illness mostly affects the brain, useful therapeutic aids must also treat the mind. Studies have shown how using CBD can repair the endocannabinoid system, which also supports mental health.

In many cases, anorexia may be caused by pressure from family or friends to maintain an unrealistic body image.

For example, some triggers stimulate or cause people to become obsessed with weight, exercise, or weight loss. Triggers can be places, people, or activities, including friends or family members who are obsessed with exercise and nutrition.

CBD As A Potential Relief Supplement for Anorexia

Using CBD to relieve anorexia refers to reports on what established research suggests about the endocannabinoid system. According to this research, the ECS is responsible for regulating how human beings relate to food. Science has also confirmed that those suffering from anorexia have an under-performing endocannabinoid system as compared to the average person. The study further suggests that anorexia may be linked to an endocannabinoid deficiency.

Using CBD oil with meals provides a healthy supply of cannabinoids for the ECS, thereby ending the deficiency, and improving symptoms. Additionally, CBD has been shown to inhibit feelings of anxiety and depression, both common symptoms of anorexia. Besides, CBD does not have any abnormal side effects associated with it, as THC-heavy marijuana does.

Some brands like Mana Artisan Botanics™ offer CBD tinctures that are actually palatable.

It's hard to feel good when your CBD tastes bad.

That's why we are proud to endorse a product designed specifically with that in mind.

What's the CBD Dosage for Anorexia?

We have discovered how CBD can be relied upon to treat the underlying causes of many eating disorders, including anorexia. Due to its ability to fight anxiety and depression, CBD may go a long way in helping anorexics recovery to a healthy state of being.

Previous Post Is CBD a Recommended Treatment for Sleep Apnea? Next Post Does CBD Help with Multiple Sclerosis?